Canada is required by the OGP to engage in public consultation in preparing and implementing its plan. There were issues with the scope and nature of this consultation in the first two action plans. So, in 2016, we established a Canadian Open Government Civil Society Network to coordinate civil society input and make sure our voices were heard.

Our vision for the network was to establish a permanent dialogue mechanism through which the government would first co-develop commitments for its action plan with civil society representatives, and later co-implement those commitments and then co-assess its performance.

During the consultation on the third action plan, dozens of civil society organizations signed our letter of intent. We were pleased to see that the final plan included our proposal. Our next step was to negotiate the details of this ongoing dialogue mechanism with the government.

The dialogue mechanism was established in January 2018 as a Multi-stakeholder Forum, consisting of eight civil society representatives, selected through an open application process, as well as four representatives of Canadian government departments involved in open government activities. It will be a powerful tool for members of civil society to push for commitments that are specific to their areas of activity — whether it’s health, education, homelessness, environment, or any other area.

This campaign was led by the interim steering committee of the Canadian Open Government Civil Society Network, which is now inactive:

Back to the top

Open government is the simple but powerful idea that governments and institutions work better for citizens when they are transparent, engaging and accountable.

Good open government reforms can transform the way government and public services work, ensuring that they are properly responsive to citizens, while improving their efficiency and effectiveness, and preventing abuses of state power.

Back to the top 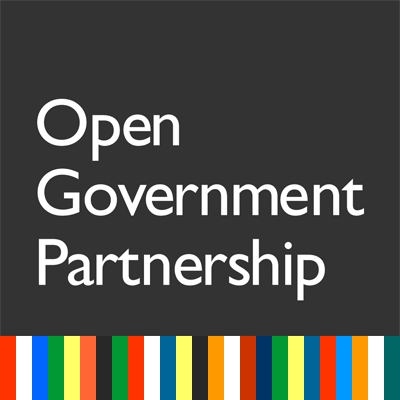 The Open Government Partnership is an international initiative that provides a platform for reformers inside and outside governments around the world to develop reforms that “promote transparency, empower citizens, fight corruption and harness new technologies to strengthen governance.” Since its foundation in September 2011, over 2,000 commitments have been made by 69 participating countries, covering a third of the world’s population.

Countries must meet a set of basic eligibility criteria and agree to an Open Government Declaration to join. Once a member, governments must develop a National Action Plan with civil society in their country on a biennial basis. The government must regularly report on its progress and work with civil society to achieve the agreed reforms. Progress is evaluated at regular intervals by an independent researcher appointed by the OGP’s Independent Reporting Mechanism. The OGP emphasises partnership between government and civil society at all levels. Its steering committee is formed of equal government and civil society representatives, with co-chairs drawn from each.

Canada became a member of the Open Government Partnership in 2011. You can find official resources and announcements at open.canada.ca and at the OGP’s Canada page. As well as its domestic role, the Government of Canada has been a co-anchor of the OGP’s Open Data Working Group since 2013.